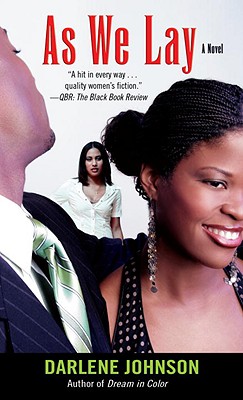 Indianapolis architect Breck Lawson has just received the call of her career: Eric Warren, a prominent property manager, is considering her to design a multicultural center in Boston. It's a break that could launch Breck into the who's who of the architectural world. But soon it's clear that Eric is offering more than just a business deal. As she develops a friendship with the married man, which eventually turns into something deeper, Breck reassures herself that she's content to remain "the other woman." But after a tragic accident, she learns that the survival of Eric's child, Darius, and the well-being of Eric's wife, Gaby, depend entirely on her-and her willingness to share the truth. But the revelation could destroy her reputation, her business, and the lives of two families. Now Breck must decide if she has what it takes to put it all on the line.

Title: As We Lay