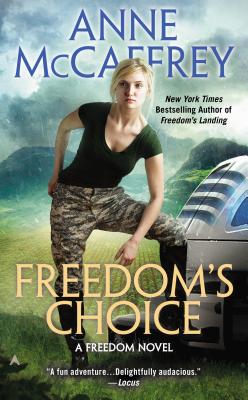 "Abducted by the alien Catteni, Kristin Bjornsen was one of many humans brought to the planet Botany as part of an experiment to see if it could support life. Enslaved and forced to colonize a world not their own, the settlers have accepted Botany as their home--a home worth fighting for..."
Kristin's people have learned that the aliens responsible for their imprisonment are merely mercenaries, subjugated by the parasitic Eosi Race, and that Botany is being farmed remotely by some unknown species--a species that may be sympathetic to the colonists' struggle for freedom.
The "Farmers" refuse to join the humans in their rebellion against the Catteni, but they agree to use their technological skills to shield Botany and hide it from its enemies--buying Kristin and the settlers time to build up their forces and liberate their world...