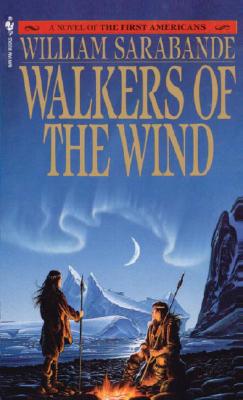 A breathtaking epic of humanity's first courageous struggles . . . for survival

Mesmerizing, dramatic, unsurpasses in scope and suthenticity, this is the fourth exciting volume of the magnificent new series THE FIRST AMERICANS, which began with Beyond the Sea of Ice and continued with Corridor of Storms and Forbidden Land. Following the trek of the woolly mammoth, the great hunter Torka leads a brave band of survivors across the Arctic tundra. But his leadership is threatened from within by a deadly rivalry between the handsome twins Umak and Manaravak for the love of a beautiful, sensual girl, and from without by a mysterious creature called the wanawut, whose howling awakens primitive and terrifying fears. Now, as a firestorm races across the frost-brittle land, Torka and his faithful woman, Lonit, must begin a dangerous odyssey to the home of the wind--a dark and forbidding region from which no human has ever returned.

Title: Walkers of the Wind

The wind and the Lion