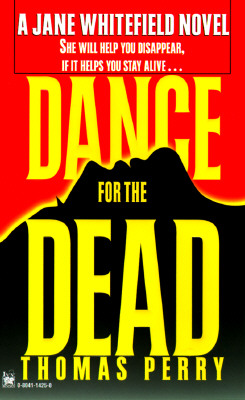 Jane Whitefield is the patron saint of the pursued, a Native American "guide" who specializes in making victims vanish. Calling on the ancient wisdom of the Seneca tribe and her own razor-sharp cunning, she conjures up new identities for people with nowhere left to run. She's as quick and quiet as freshly fallen show, and she covers a trail just as completely. But when a calculating killer stalks an innocent eight-year-old boy, Jane faces dangerous obstacles that will put her powers--and her life--to a terrifying test. . . . Praise for Dance for the Dead "Spellbinding . . . Terrific . . . Jane Whitefield may be the most arresting protagonist in the 90s thriller arena. . . . Thrillers need good villains, and this one has a formidable SOB who is cold-blooded enough to satisfy anybody's taste."--Entertainment Weekly

"A terse thriller . . . Perry starts the story with a bang."--San Francisco Chronicle

"One of the most engaging heroines in contemporary suspense."--The Flint Journal

Title: Dance for the Dead