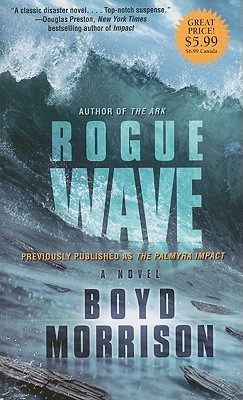 This book was previously published as The Palmyra Impact.

A minor seismic disturbance in a remote section of the Pacific causes barely a ripple of concern for Kai Tanaka, acting director of the Pacific Tsunami Warning Center in Honolulu. But when an airliner en route from L.A. to Sydney vanishes in the same location, Kai is the first to realize that a mysterious explosion has unleashed a series of massive waves destined to obliterate Hawaii. In just one hour, Kai will lose all he has ever known--including his wife and daughter-- unless he can save them from nature's most destructive force.

The American Night (The Lost Writings of Jim Morrison - Volume 2)