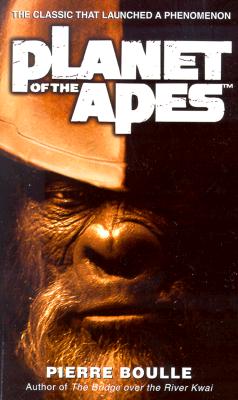 The original novel that inspired the films

First published more than fifty years ago, Pierre Boulle's chilling novel launched one of the greatest science fiction sagas in motion picture history. In the not-too-distant future, three astronauts land on what appears to be a planet just like Earth, with lush forests, a temperate climate, and breathable air. But while it appears to be a paradise, nothing is what it seems. They soon discover the terrifying truth: On this world humans are savage beasts, and apes rule as their civilized masters. In an ironic novel of nonstop action and breathless intrigue, one man struggles to unlock the secret of a terrifying civilization, all the while wondering: Will he become the savior of the human race, or the final witness to its damnation? In a shocking climax that rivals that of the original movie, Boulle delivers the answer in a masterpiece of adventure, satire, and suspense.

Title: Planet of the Apes

The Bridge Over the River Kwai