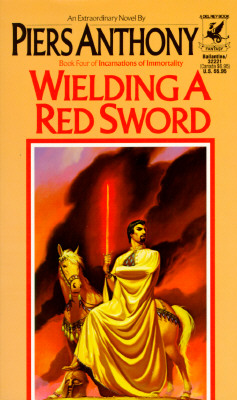 Here in a fourth complete-in-itself novel of the Incarnations of Immortality, Piers Anthony again combines fascinating magic with a gripping, complex struggle between good and evil.

Mym was a dutiful son, but his father the Rajah interfered in his love life once too often. Rather than wed without love, he took up the Red Sword, symbol of office of the Incarnation of War. At first he thought his efforts could ameliorate some of the suffering caused by Earth's constant petty wars. But he found that behind all his involvement were the clever traps of Satan. When seeming mischance placed him in Hell, Mym organized a great rebellion among the Damned. And Satan seemed to capitulate. But free again, Mym learned that Satan had been busy stirring up riots and war. Now it seemed things had gone too far and Satan must surely win. There was only one desperate chance. . . . 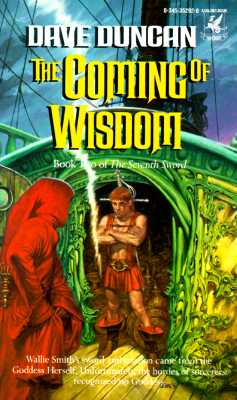 The Coming of Wisdom (Book Two of The Seventh Sword) 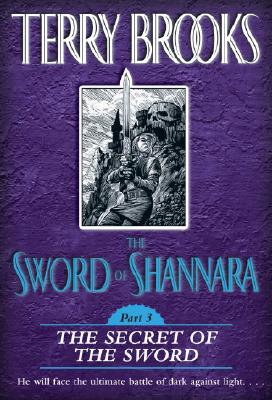 The Sword of Shannara: The Secret of the Sword 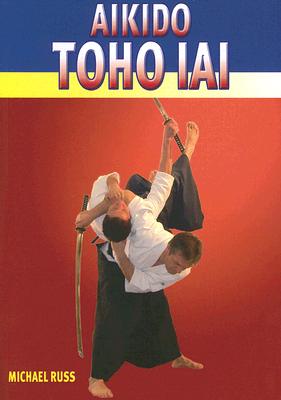