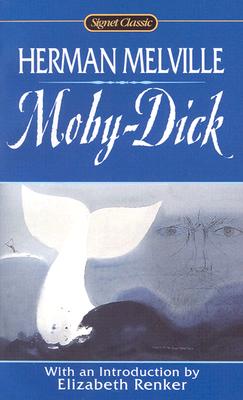 One of the most widely-read and respected books in all American literature, Moby Dick is the saga of Captain Ahab and his unrelenting pursuit of Moby Dick, the great white whale who maimed him during their last encounter. A novel blending high-seas romantic adventure, symbolic allegory, and the conflicting ideals of heroic determination and undying hatred, Moby Dick is also revered for its historical accounts of the whaling industry of the 1800s.

@greatwhitetale Call me Ishmael. You could call me something else if you want, but since that's my name, it would make sense to call me Ishmael.
Captain obsessed with finding a whale called Moby Dick. Sounds like the meanest VD ever, if you ask me. Sorry. Old joke. Couldn't resist.
From "Twitterature: The World's Greatest Books in Twenty Tweets or Less"