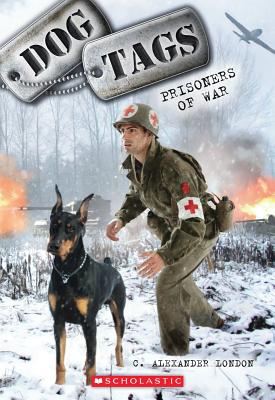 Two enemy soldiers. One uneasy alliance. Miguel is a medic in the US Army. Stationed in a remote Belgian forest during World War II, he's expecting a quiet tour of duty. But the Nazis have other ideas. They launch a surprise attack . . . one that separates Miguel from his entire division. Alone and lost in enemy territory, Miguel discovers an abandoned dog, left behind by German forces. The dog could be just the ally Miguel needs to get out of the forest alive. There's a catch, though. The dog has been trained by the Nazis to see Miguel as the enemy. Can a young soldier teach an old dog new tricks? DOG TAGS is a series of stand-alone books, each exploring the bond between soldier and dog in times of war.