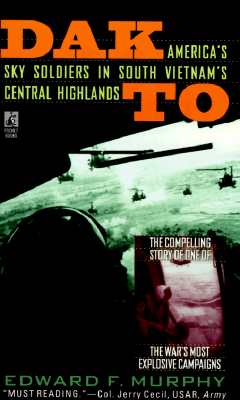 For one of Vietnam's bloodiest battles, America brought out its best.

Their officers and senior noncoms were drawn from the U.S. Army's elite. They were an all-volunteer paratrooper unit, General William Westmoreland's "fire brigade," dropped from the air wherever the fighting was heaviest. They were the "Sky Soldiers," men of the 173rd Airborne Brigade. And during the five months from June to November, 1967, they fought many of the bloodiest battles of the entire, decade-long Vietnam War at the small mountain hamlet in the Central Highlands called Dak To.

From their very first engagement with the North Vietnamese Army, when a whole company of paratroopers was nearly wiped out, to the savage, climactic battle for Hill 875, here is a riveting, hard-hitting account of how the Sky Soldiers plunged into some of Southeast Asia's most forbidding terrain, against a professional enemy who held no fear of the airborne. Denied food and water, cut off from support, facing annihilation, the beleaguered fighters finally faced down the North Vietnamese in a nightmarish Thanksgiving Day confrontation. As a result, three NVA regiments, crippled by the 173rd, were forced to sit out the crucial Tet Offensive of January, 1968. The most eloquent testimony to the courage of the Sky Soldiers came during the memorial service to their dead comrades, when pairs of jump boots were arranged in neat rows to represent each fallen paratrooper. It was a ceremony every survivor of the 173rd Airborne and the battle for Dak To remembers to this day. 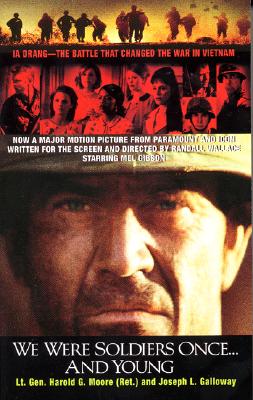 We Were Soldiers Once... and Young: Ia Drang--The Battle That Changed the War in Vietnam

The Ravens: The Men Who flew in America's Secret War in Laos