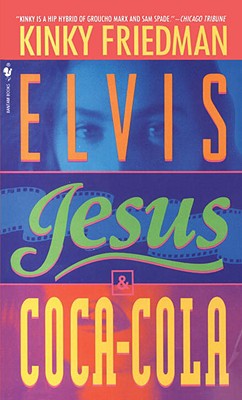 Kinky Friedman is a Jewish Texan country-and-western singer tunred Greenwich Village amateur detective, with a collection of smelly cigars, a cat, and two former--but simultaneous--girlfriends named Judy. Shortly after the possibly suspicious death of one of his closest friends, Kinky finds himself short one Judy, as Uptown Judy vanishes under mysterious circumstances. Before long, the death and the disappearance seem to be connected, along with Elvis impersonators, a missing documentary film, and a five-year-old mob murder. It'll take the Kinkster, with an assist from the Village Irregulars and Downtown Judy, to wrap this case like a New York Tex-Mex, decidedly nonkosher burrito.

"Kinky is a hip hybrid of Groucho Marx and Sam Spade."--Chicago Tribune

The Restoration of the Gospel of Jesus Christ

By: The Church of Jesus Christ of Latter-Day Saints