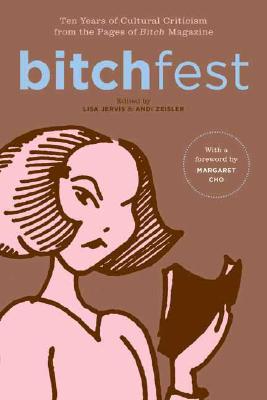 In the wake of Sassy and as an alternative to the more staid reporting of Ms., Bitch was launched in the mid-nineties as a Xerox-and-staple zine covering the landscape of popular culture from a feminist perspective. Both unabashed in its love for the guilty pleasures of consumer culture and deeply thoughtful about the way the pop landscape reflects and impacts women's lives, Bitch grew to be a popular, full-scale magazine with a readership that stretched worldwide. Today it stands as a touchstone of hip, young feminist thought, looking with both wit and irreverence at the way pop culture informs feminism--and vice versa--and encouraging readers to think critically about the messages lurking behind our favorite television shows, movies, music, books, blogs, and the like. BITCHFest offers an assortment of the most provocative essays, reporting, rants, and raves from the magazine's first ten years, along with new pieces written especially for the collection. Smart, nuanced, cranky, outrageous, and clear-eyed, the anthology covers everything from a 1996 celebration of pre-scandal Martha Stewart to a more recent critical look at the "gayby boom"; from a time line of black women on sitcoms to an analysis of fat suits as the new blackface; from an attempt to fashion a feminist vulgarity to a reclamation of female virginity. It's a recent history of feminist pop-culture critique and an arrow toward feminism's future.

Title: BITCHfest: Ten Years of Cultural Criticism from the Pages of Bitch Magazine