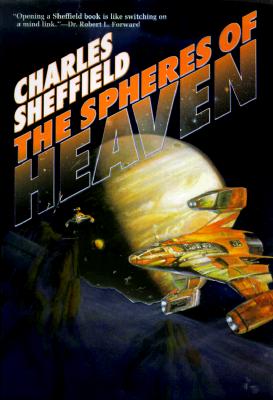 LOSE THE STARS-
OR LOSE EVERYTHING Spacer Chan Dalton is torn between two masters. The pacifist aliens who hold Earth under Quarantine want him to find out why their starships have been disappearing in the Geyser Swirl, the Bermuda Triangle of the galaxy. Earth's military, which has secretly discovered a way to break the quarantine, assumes that someone out there is making ships vanish, including Earth's, and wants Dalton to find the culprits and hopefully stop them -- with extreme prejudice, if necessary. The trouble is, the aliens hold the taking of intelligent life, even in selfdefense, to be the greatest of sins. It was Earth's violent ways (in defense of the damned pacifist aliens ) that led to the quarantine in the first place -- and if Dalton is forced to fight, it will unveil, and so destroy, Earth's final chance to reach for the stars again. So when Dalton does indeed discover the hostile invaders responsible for the lost starships, he is faced with an impossible decision: Fight and lose access to space forever; or allow a rapacious enemy to run riot over all that he holds dear...

Title: The Spheres of Heaven