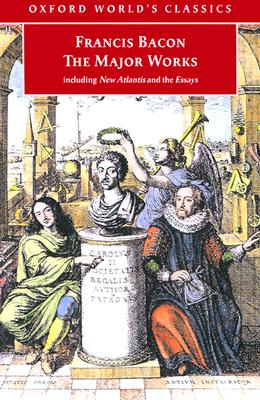 "As new except for faint age-yellowing of pages. ""The major prose (Advancement of Learning; Essays; New Atlantis) in full, together with 16 other pieces not otherwise available…"" 813 pages including Index, Notes and Suggested Reading list."

This authoritative edition brings together an extensive collection of Bacon's writing--the major prose in full, together with sixteen other pieces not otherwise available--that reveals the essence of his work and thinking.
Francis Bacon held some of the highest public offices in the land and in his spare time studied natural philosophy and a wide variety of other subjects. His systematic classification of all branches of knowledge became the basis for all later constructions, and his Essays are unsurpassed in their observations on society and human behavior. This extensive anthology includes the major English literary works on which his reputation rests: the Advancement of Learning, the Essays (1625, as well as the earliest version of 1597), and the posthumously published Utopian fable the New Atlantis (1626). In addition it reprints other works which illustrate Bacon's abilities in politics, law, theology, and poetry.
A special feature of the edition is its extensive annotation which identifies Bacon's sources and allusions, and elucidates his vocabulary

A Student's Philosophy of Religion