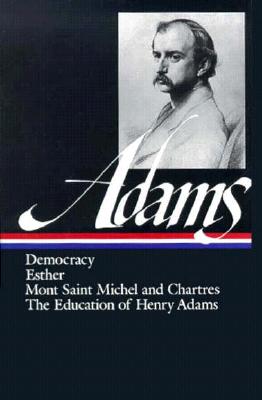 Book Condition: NEAR FINE/ No DJ

"As new except for @ a dozen folded page corners and Strand sticker inside front cover. The Education is the 1919 Pulitzer Prize winner by the grandson & great-grandson of 2 American Presidents which was originally self-published; Democracy was originally published anonymously and pirated by many; Mont St. Michel & Chartres is a classic in both art history and American literature. Navy cloth with gilt lettering on spine, printed endpapers, bound-in ribbon bookmark, 1246 pages, 8x5"" (20.3x13cm)"

This Library of America volume includes the best-known works of Henry Adams, one of the most powerful and original minds to illuminate the American scene from the Civil War to World War I. Now brought together for the first time in a single volume, these works show the many forms--fiction, poetry, philosophical and historical speculation, autobiography--in which Adams gave expression to his vision of the meaning of the unsettling changes in American life and values.

Each of the two novels, Democracy and Esther, chooses a woman on whom to center the effects of social change. In Democracy, Madeleine Lee, an emancipated and idealistic young widow, moves to Washington to learn the nature of political power and is disillusioned upon discovering the intrigues of rampant corruption. The free-thinking heroine in Esther, caught in the warfare between science and religion, finds that she cannot surrender her moral independence, even to marry a clergyman. Adams, though a man of the modern world, remained in temperament a child of the eighteenth century, his political ideals shaped by his presidential ancestors, great-grandfather John Adams and grandfather John Quincy Adams. The failure of those ideals to withstand the challenges of an industrialized America drove him to seek refuge in the study of the medieval age of faith in France. Out of it came his skeptic's "Prayer to the Virgin of Chartres." Her presence dominates the book that followed--Mont Saint Michel and Chartres. In evocative and sensitive prose Adams moves from the architecture, sculpture, and stained glass of Chartres to the religion, literature, politics, social order, and crusades of the eleventh, twelfth, and thirteenth centuries. Adams translates the poetry of courtly love and recounts the drama of Eleanor of Aquitaine's life and the timeless love of Abelard and Heloise. The narrative rises at the end to the brilliantly re-enacted drama of St. Thomas Aquinas' victory over the rival philosophers. If Mont Saint Michel portrayed a world unified by a common faith, The Education of Henry Adams portrayed a world irresistibly moving toward chaos. The world once unified by the Virgin was now ruled by the impersonal Dynamo and was already confronted by the "metaphysical bomb" of radium and the prospect of infinite energy for man's use. Adams balances, with extraordinary urbanity and wit, the rival claims he found as much in himself as in modern civilization. Together, these two works still pose an urgent question: can the human mind ultimately control the monstrous aggregates of power which it has wrung from nature? LIBRARY OF AMERICA is an independent nonprofit cultural organization founded in 1979 to preserve our nation's literary heritage by publishing, and keeping permanently in print, America's best and most significant writing. The Library of America series includes more than 300 volumes to date, authoritative editions that average 1,000 pages in length, feature cloth covers, sewn bindings, and ribbon markers, and are printed on premium acid-free paper that will last for centuries.

Publisher: The Library of America: ©1983

Book Condition: NEAR FINE/ No DJ

By: "Schmid, Moneypenny, and Johnston"

Grade One and Growing: A Comprehensive Instructional Resource Guide for Teachers

By: Board of Education of the City of New York 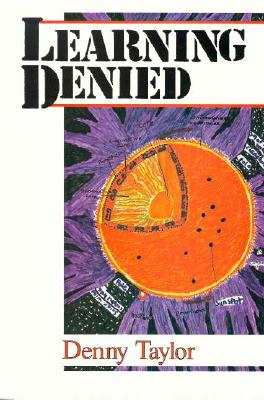