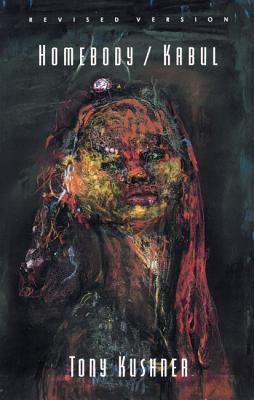 "Mr. Kushner's glorious specialty is in giving theatrical life to internal points of view, in which our thoughts meld with a character's wayward speculations or fantasies... He makes the personal and the universal, the trivial and the cosmic come simultaneously to life in a single character's bewilderment." -Ben Brantley, New York Times

"An extraordinary play...a deeply felt, expansively ruminative drama." -Paul Taylor, Independent (London) "What a feast of a play. No playwright in the English language has a greater passion for language than Kushner. And to this Kushner adds that rare quality in American theater, a yearning to go beyond domestic stories and into the great world of political struggle. Brilliant. It keeps us thinking." -Richard Christiansen, Chicago Tribune "This eerily timely work about Afghanistan is comparably mesmerizing and mournful, vast and intimate, emotionally generous and stylistically fabulist, wildly verbal, politically progressive and scarily well informed." -Linda Winer, Newsday In Homebody/Kabul, Pulitzer Prize-winning playwright Tony Kushner, author of Angels in America, has turned his penetrating gaze to the arena of global politics to create this suspenseful portrait of a dangerous collision between cultures. Written before 9/11, Homebody/Kabul premiered in New York in December 2001 and has had highly successful productions in London, Providence, Seattle, Chicago and Los Angeles. This version incorporates all the playwright's changes and is now the definitive version of the text. Tony Kushner's plays include Angels in America; Hydriotaphia, or the Death of Dr. Brown; The Illusion, adapted from the play by Pierre Corneille; Slavs ; A Bright Room Called Day; Homebody/Kabul; Caroline, or Change, a musical with composer Jeanine Tesori; and The Intelligent Homosexual's Guide to Capitalism and Socialism with a Key to the Scriptures. He wrote the screenplays for Mike Nichols's film of Angels in America and for Steven Spielberg's Munich and Lincoln. His books include The Art of Maurice Sendak: 1980 to the Present; Brundibar, with illustrations by Maurice Sendak; and Wrestling with Zion: Progressive Jewish-American Responses to the Israeli-Palestinian Conflict, co-edited with Alisa Solomon.
Among many honors, Kushner is the recipient of a Pulitzer Prize, two Tony Awards, three Obie Awards, two Evening Standard Awards, an Olivier Award, an Emmy Award, two Oscar nominations, and the Steinberg Distinguished Playwright Award. He is a member of the American Academy of Arts and Letters. In 2012, he was awarded a National Medal of Arts by President Barack Obama. He lives in Manhattan with his husband, Mark Harris.

"Report On A Collection Of Amphibians And Reptiles From Afghanistan, Proceedings of the California Academy of Sciences, Fourth Series, XXXVI, # 10, 1969"