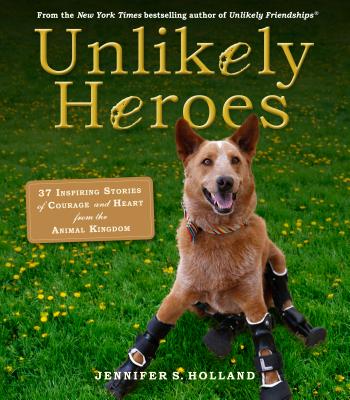 In her heartwarming New York Times bestsellers Unlikely Friendships and last year's Unlikely Loves, Jennifer Holland revealed the surprising emotional bonds that exist between animals of different species. Her books spent dozens of weeks on bestseller lists and caught the attention of major media from CBS This Morning to USA Today. Why? Because she opened our eyes to the rich inner lives of animals, showing us that the power of love and friendship is not for humans only.

In Unlikely Heroes, Ms. Holland uncovers and celebrates yet another side of animals that we often think belongs primarily to people--heroism, that indefinable quality of going above and beyond, often for altruistic reasons, often at great personal risk. These 37 inspiring true tales show animals whose quick acts have saved lives, like the pod of dolphins who protected swimmers in New Zealand from a great white shark by forming a screen around them. There are stories of animals who simply and unselfishly give, like Rojo the llama, who shines his very special light of lovingkindness on the elderly patients in an Oregon rehab center.

And there are compelling stories of heroic resilience: like Naki'o, the abandoned puppy who lost all four paws to frostbite but found the grit not only to overcome that terrible hardship but to reclaim the joy of life--that's him, smiling on the cover of the book. 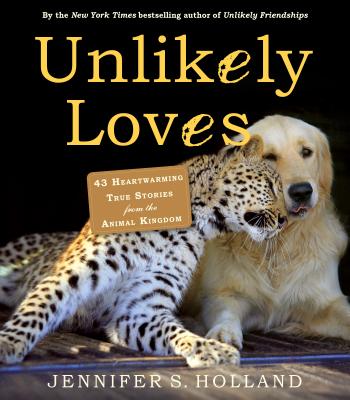 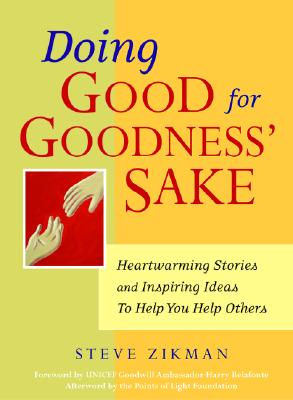 Doing Good for Goodness' Sake: Heartwarming Stories and Inspiring Ideas to Help You Help Others