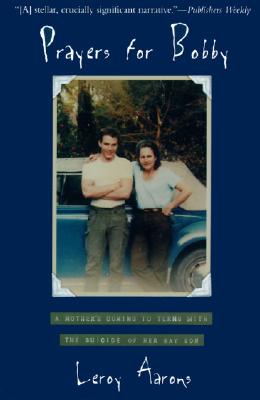 Prayers for Bobby: A Mother's Coming to Terms with the Suicide of Her Gay Son

Bobby Griffith was an all-American boy ...and he was gay. Faced with an irresolvable conflict-for both his family and his religion taught him that being gay was "wrong"-Bobby chose to take his own life. Prayers for Bobby, nominated for a 1996 Lambda Literary Award, is the story of the emotional journey that led Bobby to this tragic conclusion. But it is also the story of Bobby's mother, a fearful churchgoer who first prayed that her son would be "healed," then anguished over his suicide, and ultimately transformed herself into a national crusader for gay and lesbian youth. As told throug... View more info