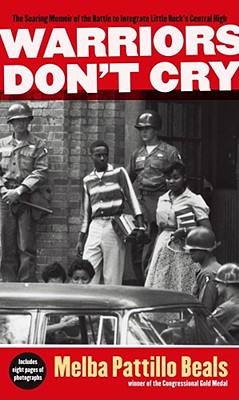 An innocent teenager. An unexpected hero. In 1957, Melba Pattillo turned sixteen. That was also the year she became a warrior on the front lines of a civil rights firestorm. Following the landmark 1954 Supreme Court ruling, "Brown v. Board of Education, " Melba was one of nine teenagers chosen to integrate Little Rock's Central High School. Throughout her harrowing ordeal, Melba was taunted by her schoolmates and their parents, threatened by a lynch mob's rope, attacked with lighted sticks of dynamite, and injured by acid sprayed in her eyes. But through it all, she acted with di... View more info