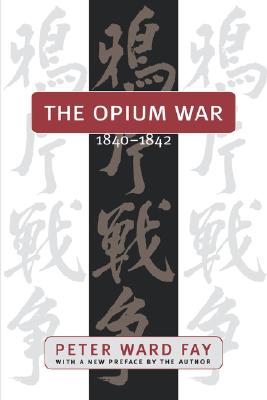 "Opium War, 1840-1842: Barbarians in the Celestial Empire in the Early Part of the Nineteenth Century and the War by Which They Forced Her Gates"

This book tells the fascinating story of the war between England and China that delivered Hong Kong to the English, forced the imperial Chinese government to add four ports to Canton as places in which foreigners could live and trade, and rendered irreversible the process that for almost a century thereafter distinguished western relations with this quarter of the globe--the process that is loosely termed the "opening of China."Originally published by UNC Press in 1975, Peter Ward Fay's study was the first to treat extensively the opium trade from the point of production in India to the poi... View more info