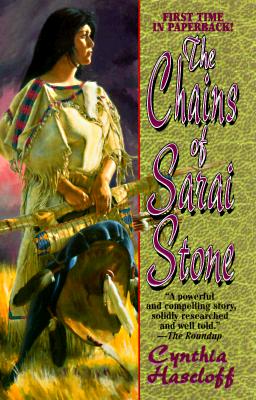 The Chains of Sarai Stone

On a spring morning in San Jacinto, Kiowa and Comanche raiders massacred Silas Stone's wife and two of his sons. And when they rode off they took Stone's grandchildren -- including pretty little Sarai -- with them. Stone and his agents searched the West for the captive children and swore they would not stop until they were returned safe and sound. After ten years, they found the boys. But they could only hope and pray that Sarai was still alive. Then twenty-five years after her capture, Sarai Stone returned to the white world...but could she ever truly come home?The exciting story of a woma... View more info