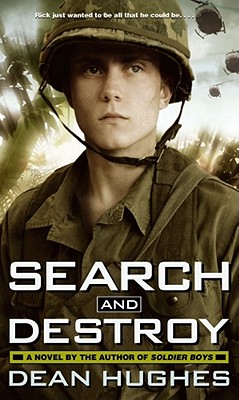 RICK WARD WANTS TO GO TO WAR. And he's not sure why. Maybe he's running from his dad and his crazy temper. Maybe he's running from his girl, who seems to think he's more of a joke than a man. Or maybe he's just running -- to find himself. But after Rick ventures into the Vietnam jungle, he discovers that no one -- not protestors, politicians, or writers -- has got a clue. War is far bigger, scarier, and more complicated than anything he ever could have imagined.
View More...