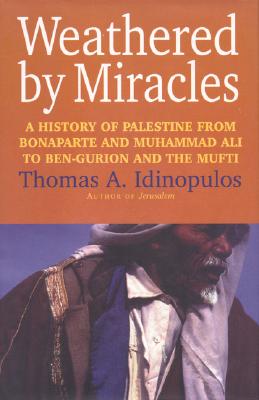 Weathered by Miracles: A History of Palestine from Bonaparte and Muhammad Ali to Ben-Gurion and the Mufti

Canaan, Land of Israel, the Holy Land, Bibleland Palestine. Many names for a small speck of earth, no bigger than Wales or Massachusetts. This land has suffered most of the world s conquerors, from the Babylonians to the British, only to brighten its aura of sanctity for millions of Muslims, Christians, and Jews to the present day. In Weathered by Miracles, Thomas Idinopulos tells the story of that one explosive moment in Palestine s long history that began with Napoleon s invasion of the Middle East in 1798 and concluded with the founding of the Jewish state of Israel in 1948. Here was the dr... View more info