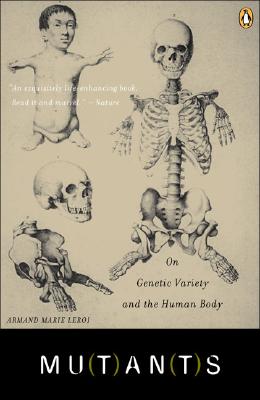 Mutants: On Genetic Variety and the Human Body

Visit Armand Marie Leroi on the web: http: //armandleroi.com/index.htmlStepping effortlessly from myth to cutting-edge science, Mutants gives a brilliant narrative account of our genetic code and the captivating people whose bodies have revealed it--a French convent girl who found herself changing sex at puberty; children who, echoing Homer's Cyclops, are born with a single eye in the middle of their foreheads; a village of long-lived Croatian dwarves; one family, whose bodies were entirely covered with hair, was kept at the Burmese royal court for four generations and gave Darwin one of... View more info