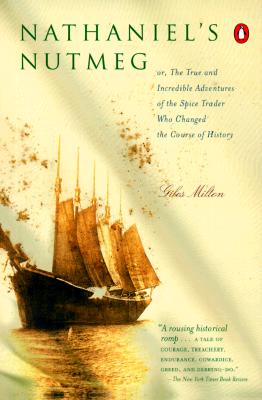 Nathaniel's Nutmeg: Or the True and Incredible Adventures of the Spice Trader Who Changed the Course of History

The tiny island of Run is an insignificant speck in the middle of the Indonesian archipelago--remote, tranquil, and now largely ignored. At the beginning of the seventeenth century, however, Run's harvest of nutmeg turned it into the most lucrative of the Spice Islands, precipitating a fierce and bloody battle between the all-powerful Dutch East India Company and a small band of ragtag British adventurers led by the intrepid Nathaniel Courthope. The outcome of the fighting was one of the most spectacular deals in history: Britain ceded Run to Holland, but in return was given another small isla... View more info