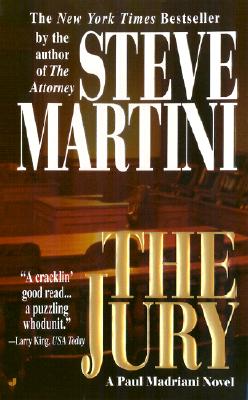 The Jury (A Paul Madriani Novel)

The Attorney, which marked the return of Steve Martini's lawyer-sleuth Paul Madriani, was hailed for its -well-observed courtroom maneuverings- (The Christian Science Monitor) and -crisp dialogue and tart observations- (Publishers Weekly). Now Martini delivers the most daunting capital case of Madriani's career.
Paul Madriani has ample reason to suspect he's representing a guilty man. Dr. David Crone, a respected medical researcher and principal in mapping the human genome, is charged with the murder of a young colleague: twenty-six-year-old Kalista Jordan, an African-...
View More... 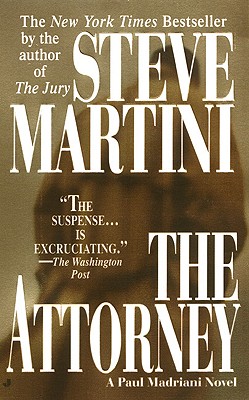 Paul Madriani takes on dual roles--defense attorney and sleuth--in this riveting legal thriller by the New York Times bestselling author of Blood Flag and The Secret Partner. "Legal thrillers don't get much better than this," wrote Publishers Weekly in praise of The Judge. Kirkus Reviews hailed Undue Influence as "the courtroom novel of the year." Now Martini delivers one of Paul Madriani's most challenging cases in The Attorney where a drug-addicted mother is pitted against her daughter's newly rich grandfather in a contentiou...
View More... 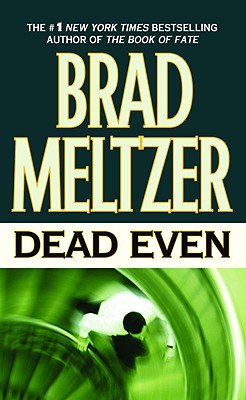 Prosecution Vs. Defense Husband Vs. Wife Life or Death Sara Tate, Manhattan district attorney, has grabbed a case that could make her career. She's smart, tough, and sure to get a conviction...until Jared, her husband and a powerful defense attorney, is hired by the other side. But Sara doesn't know Jared has been warned to get his client off or she will be killed. Hiding desperate motives, the two begin a vicious battle in court and at home. For Sara has a terrible secret too...and both soon face an unthinkable truth: No matter who wins, the other may die.
View More... 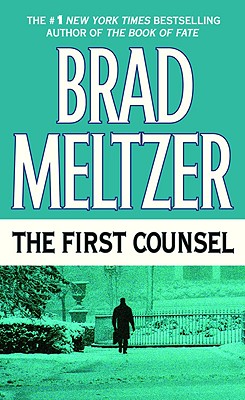 John F. Kennedy, Jr., was Lark. Amy Carter was Dynamo. Chelsea Clinton was Energy. Meet Shadow. Shadow is the Secret Service code name for First Daughter Nora Hartson. And when White House lawyer Michael Garrick begins dating the irresistible Nora, he's instantly spellbound, just like everyone else in her world. Then, late one night, the two witness something they were never meant to see. Now, in a world where everyone watches your every move, Michael is suddenly ensnared in someone's secret agenda. Trusting no one, not even Nora, he finds himself fighting for his innocence-and, ultimately, hi...
View More... 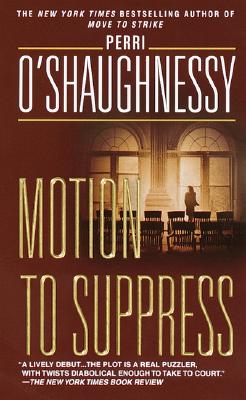 Returning from her late shift as a barmaid at a casino in Lake Tahoe, Misty Patterson struck her violently jealous husband in self-defense. She admits that--but did she kill him? She says she can't remember. Like so many times before, Misty blacked out and the rest of the evening is a blank. Now her husband has disappeared, leaving behind a trail of blood, and she's the number-one murder suspect with no one to turn to for help. San Francisco attorney Nina Reilly is also on the run--from a bad marriage and a worse career setback. Relocated to Lake Tahoe, Nina is resolved to recover her spir...
View More... 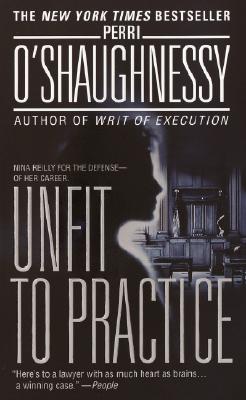 It's the moment every attorney fears most...one careless moment that threatens careers, reputations, lives. For Nina Reilly, it will change everything--and ignite a case where her own clients are witnesses against her...and where the defendant is Nina herself. As an attorney championing desperate people, Nina Reilly has skirted the edges of legal ethics in pursuit of a just result, but she has never before broken the rule of absolute protection of her clients' secrets. One September night in Lake Tahoe when her unlocked truck is stolen, her life changes forever. Gone are her most sensitive...
View More... 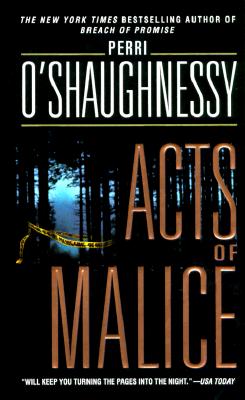 The New York Times bestselling Nina Reilly novels have dazzled both readers and critics with their crackling blend of legal suspense and taut human drama. Now Perri O'Shaughnessy, hailed as "smart," "gripping," and "complex" by the San Francisco Chronicle, brings us her best--and most explosive--Nina Reilly novel yet. Amid the sparkling snow-swept mountains of Lake Tahoe, Nina Reilly has made a home, juggling the demands of her one-woman law practice and raising a teenage son alone. Now Nina has taken on a case that will threaten everything she holds dear, drawing her into a...
View More... 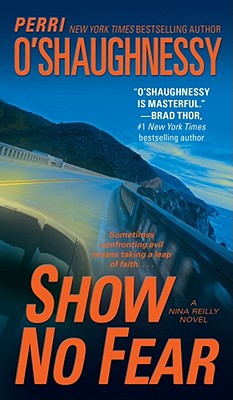 A brand-new Nina Reilly thriller takes readers back to Nina's first murder investigation, to the case that ignites her passionate commitment to fighting for justice. As a single mom working as a paralegal and attending law school at night, Nina has her hands full fighting for custody of her young son Bob and overseeing a medical malpractice lawsuit on behalf of her mother. But when a woman falls to her death off a bridge near Big Sur and witnesses disappear, Nina suspects there is more to the "accident" than the authorities are saying. With the help of homicide cop Paul van Wagoner, she rushes...
View More... 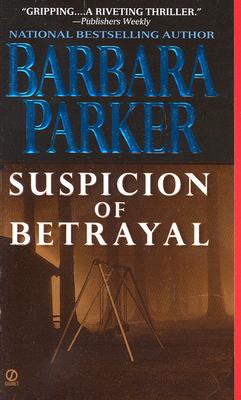 The road has just gotten tougher and a lot more personal for Miami attorney Gail Connor: someone is stalking her 11-year-old daughter, Karen. This suspenseful novel places Connor in an impossible position between the man she loves and a deadly adversary. There is nothing more gut-wrenching than a child in danger, and as Connor acts, she is shocked to learn how broad her suspect list is. Suspicion of Betrayal is a spellbinding web of secrets, lies, and violent revenge.
View More... 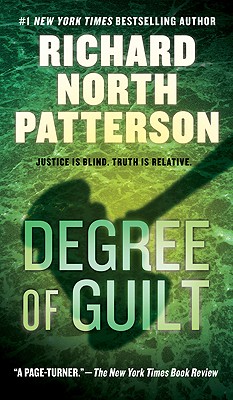 TV journalist Mary Carelli admits that she shot and killed Mark Ransom, one of the world's most famous authors. She claims it was self-defense. She swears he tried to rape her. Now she has to prove it in a court of law--with her former lover acting as her attorney...

Christopher Paget is one of the top lawyers in the country. But defending the mother of his son
in the trial of the decade, he begins to have doubts. Is Mary telling the truth? Did she invent her story about the rape? What is she hiding? With each shocking revelation, Paget is forced to question his defense, his ethic...
View More... 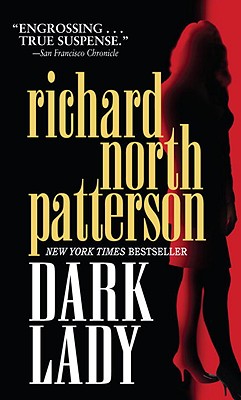 Once the prosecutor was a young law student. Once the dead man was an honest lawyer. Now Stella Marz stares at the body of her former lover, hanging from a doorway in a gruesome tableau. For Stella Marz, the search for Jack Novak's killer leads into another bizarre homicide case, back through her own past and through the city where she was born and where now--a good Catholic girl turned career woman--she is in crisis. Somewhere in this city a hidden alliance of big money, big plans, and dark secrets is fueling a great American revival. And somehow Stella Marz will bring the darkness into t...
View More... 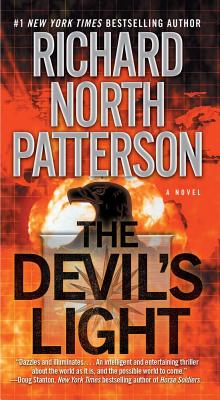 The Devil's Light: A Novel

Now in a premium edition--a ripped-from-the-headlines thriller about an act of nuclear terrorism plotted by Al Qaeda, and the CIA officer who must find the weapon before it causes the Middle East to go up in flames. THE DEVIL'S LIGHT tells the story of an AL Qeda operative named Amer Al Zaroor, who, on orders from Osama Bin Laden, directs the theft of a nuclear weapon from the Pakistani military, and then transports it toward its intended target, Israel. Meanwhile Bin Laden announces to the world that he will make a major terrorist strike on 9/11/10, the tenth anniversary of 9/11. ...
View More... 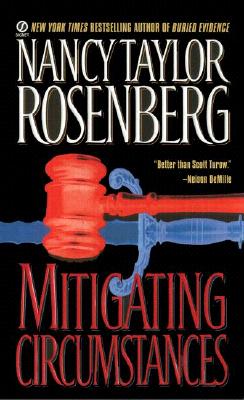 With the publication of Nancy Taylor Rosenberg's new hardcover, Buried Evidence (August 30th, 2000 Hyperion), readers will want to rediscover the book that introduced attorney Lily Forrester. As the new Chief of the Sex Crimes Division, Lily is a champion of the modern legal system -- until a brutal attack against her teenaged daughter and herself forces Lily to take the law into her own hands....
View More... 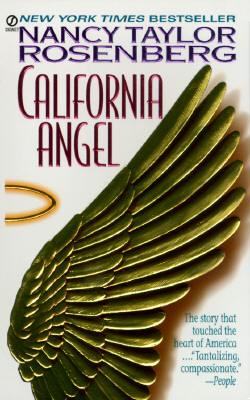 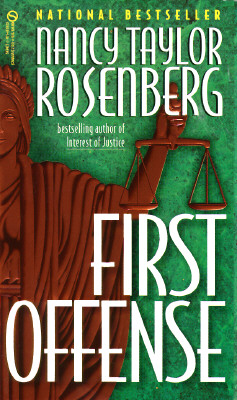 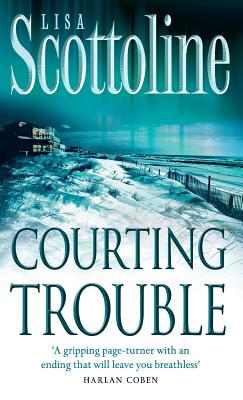 From New York Times bestselling author Lisa Scottoline, a new novel featuring the all-female ass-kicking wise-cracking Philadelphia law firm Rosato and Associates How many people get to solve their own murder? A quiet Fourth of July weekend at the beach is shattered when Anne Murphy opens her morning newspaper. Staring back at her from the front page is her own photo, under the headline LAWYER MURDERED. Once the body in the morgue is identified, the murderer will realize their mistake. In the meantime, playing dead to stay alive, Anne must find out who is trying to kill her. Unable to rely on ...
View More... 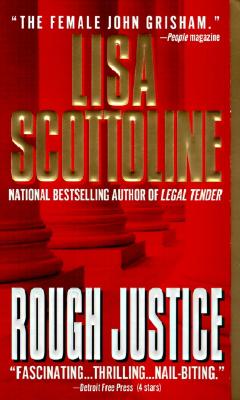 "Lisa Scottoline writes riveting thrillers that keep me up all night, with plots that twist and turn."--Harlan Coben

Criminal lawyer Marta Richter is hours away from winning an acquittal for her client, millionaire businessman Elliot Steere. Elliot is on trial for the murder of a homeless man who had tried to carjack him. But as the jury begins deliberations, Marta discovers the chilling tr...
View More... 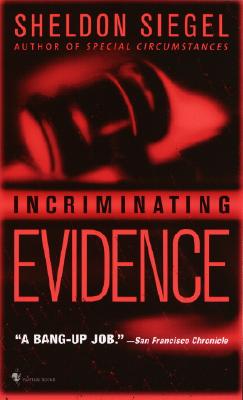 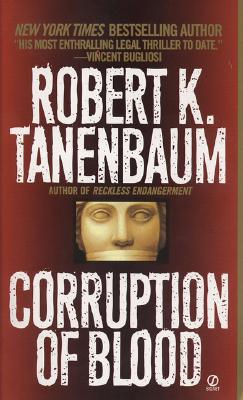