"Then and now in descriptions & photos. Includes ""What is there to see today?"" Text in English. 32-page staple-bound, illustrated with maps and photos."
View More... 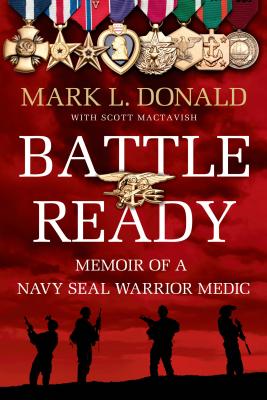 As A SEAL and combat medic, Mark served his country with valorous distinction for almost twenty-five years and survived some of the most dangerous combat actions imaginable.

From the rigors of BUD/S training to the horrors of the battlefield, Battle Ready dramatically immerses the reader in the unique life of the elite warrior-medic who advances into combat with life-saving equipment in one hand and life-taking weapons in the other. It is also an upliftin...
View More... 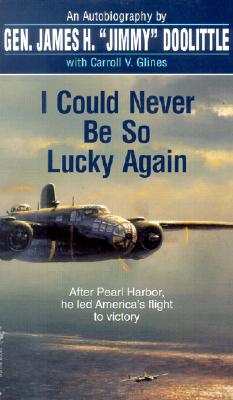 I Could Never Be So Lucky Again

After Pearl Harbor, he led America's flight to victory

General Doolittle is a giant of the twentieth century. He did it all. As a stunt pilot, he thrilled the world with his aerial acrobatics. As a scientist, he pioneered the development of modern aviation technology. During World War II, he served his country as a fearless and innovative air warrior, organizing and leading the devastating raid against Japan immortalized in the film Thirty Seconds Over Tokyo. Now, for the first time, here is his life story -- modest, revealing, and candid as only Doolittle hims...
View More... 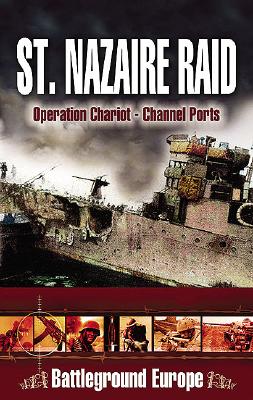 In early 1942, shipping losses in the Atlantic threatened Britain's very survival. In addition to the U-Boat menace, there was real concern that the mighty German battleship Tirpitz be unleashed against the vital Allied convoys. Yet only the 'Normandie' Dock at St Nazaire could take her vast size in the event of repairs being required. Destroy that and the Tirpitz would be neutralized.Thus was born Operation CHARIOT, the daring Commando raid that, while ultimately successful, proved hugely costly. Using personal accounts, James Dorrian describes the background and thrilling action that resulte...
View More... 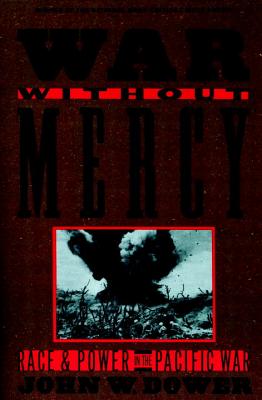 War Without Mercy: Race and Power in the Pacific War

AN AMERICAN BOOK AWARD FINALIST Now in paperback, War Without Mercy has been hailed by The New York Times as "one of the most original and important books to be written about the war between Japan and the United States." In this monumental history, Professor John Dower reveals a hidden, explosive dimension of the Pacific War--race--while writing what John Toland has called "a landmark book . . . a powerful, moving, and evenhanded history that is sorely needed in both America and Japan." Drawing on Ameri...
View More... 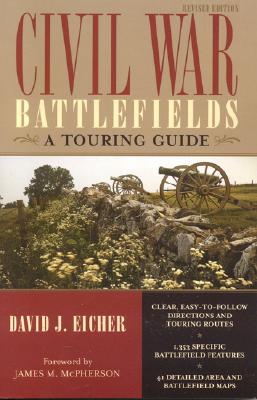 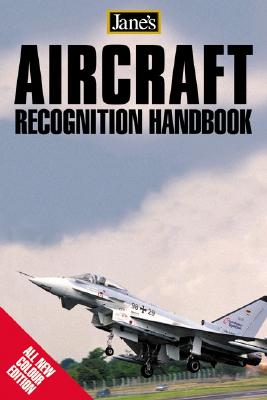 A completely revised, third edition of this guide to modern aircraft. Since the first edition of this book was published in 1996, there have been major changes to the world's air forces and significant developments in the civil aviation business. As we enter into the 21st century a new generation of military aircraft is entering service, and mid-life upgrades are significantly changing both military and civil fleets. Jane's Aircraft Recognition Guide provides technical specifications from Jane's All the World's Aircraft (published since 1909). The new format also allows for additional aircraft...
View More... 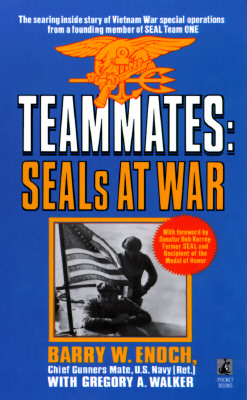 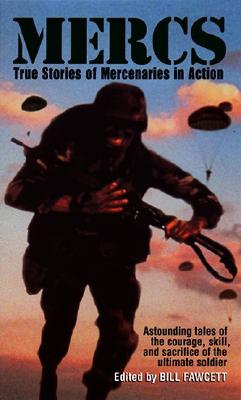 Visions From a Foxhole: A Rifleman in Patton's Ghost Corps

Eighteen-year-old William Foley was afraid the war would be over before he got there, but the rifleman was sent straight to the front lines, arriving January 25, 1945-just in time to join the 94th Infantry Division poised at Hitler's legendary West Wall. By the time Foley finally managed to grab a few hours sleep three nights later, he'd already fought in a bloody attack that left sixty percent of his battalio...
View More... 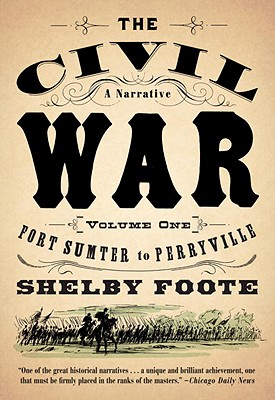 This first volume of Shelby Foote's classic narrative of the Civil War opens with Jefferson Davis's farewell to the United Senate and ends on the bloody battlefields of Antietam and Perryville, as the full, horrible scope of America's great war becomes clear. Exhaustively researched and masterfully written, Foote's epic account of the Civil War unfolds like a classic novel. Includes maps throughout. "Here, for a certainty, is one of the great historical narratives...a unique and brilliant achievement, one that must be firmly placed in the ranks of the masters."--Van Allen Bradley, 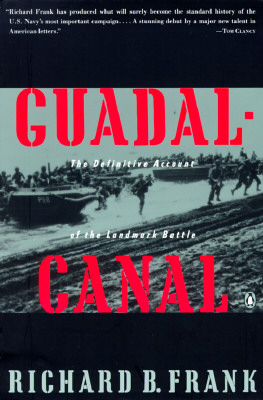 "Brilliant...an enormous work based on the most meticulous research."--LA Times Book Review

The battle at Guadalcanal--which began eight months to the day after Pearl Harbor--marked the first American offensive of World War II. It was a brutal six-month campaign that cost the lives of some 7,000 Americans and over 30,000 Japanese. This volume, ten years in the writing, recounts the full story of the critical campaign for Guadalcanal and is based on first-time translations of official Japanese Defense Agency accounts and recently declassified U.S. radio intelligence, Guad...
View More...

"Operation Barbarossa: Strategy and Tactics on the Eastern Front, 1941" 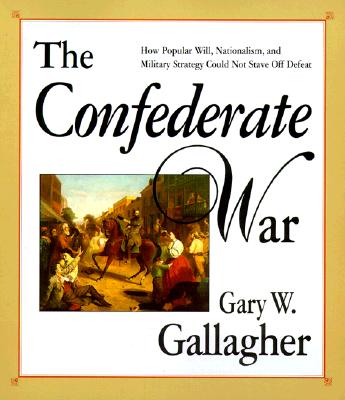 If one is to believe contemporary historians, the South never had a chance. Many allege that the Confederacy lost the Civil War because of internal division or civilian disaffection; others point to flawed military strategy or ambivalence over slavery. But, argues distinguished historian Gary Gallagher, we should not ask why the Confederacy collapsed so soon but rather how it lasted so long. In The Confederate War he reexamines the Confederate experience through the actions and words of the people who lived it to show how the home front responded to the war, endured great hardshi...
View More... 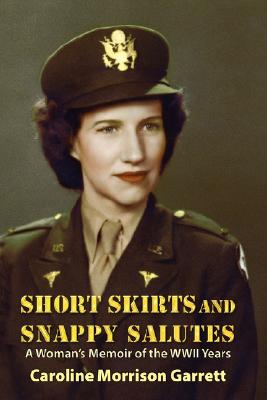 Short Skirts and Snappy Salutes: A Woman's Memoir of the WWII Years

Caroline Morrison comes of age during the turbulent war years of the 1940s. The attack on Pearl Harbor shatters the illusion that young women should lead sheltered and protected lives, and women realize they must help the war effort. Caroline is no exception. A civil service exam she takes as a class assignment in her senior year of college leads to an internship in hospital dietetics at Walter Reed Army Medical Center followed by a commission as second lieutenant in the Medical Corps. September 1944 begins a year of intense training and long hours at Walter Reed in Washington, D.C. Tension an...
View More...

Germany's Lightning War: From the Invasion of Poland to El Alamein 1939-1943 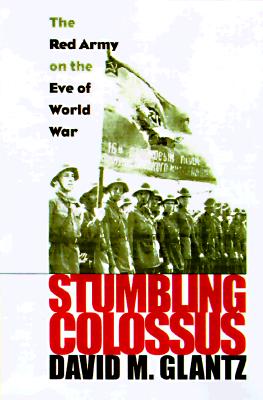 Stumbling Colossus: The Red Army on the Eve of War

"As new except for slight softening of spine bottom and faint soil to exterior page edges. DJ- As new except for 2-1/8"" rips on edge. ""Germany's surprise attack on June 22, 1941, shocked a Soviet Union woefully unprepared to defend itself...the Red Army was poorly trained, inadequately equipped, ineptly organized, and consequently incapable of engaging in large-scale military campaigns - and both Hitler and Stalin knew it."""
View More...

"As new - gift quality! ""The forgotten heroes of Vietnam…After a while, at least for me, it became impossible to see the war as anything but those kids. They were so engaging, so tragic, so confused and brave and pathetic. They had all the grace of martyrs..."" 245 pages"
View More... 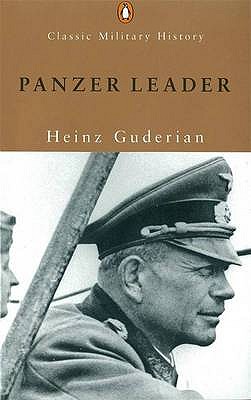 Germany's opening run of victory in World War II was only made possible by the panzer forces that Gen. Heinz Guderian (1888-1954), the father of modern tank warfare, had created and trained, and by his audacious leadership of those forces from 1939-1941. Guderian's breakthrough at Sedan and his lightning drive to the Channel coast virtually decided the Battle of France. The drive he lead into the east came close to producing the complete collapse of Russia's armies, but at the end of 1941 Guderian was dismissed for taking a timely step back instead of pandering to Hitler's illusions. He was re...
View More...

It is the summer of 1588, and the fate and future of England hangs in the balance. Hoping to reclaim England for the Catholic Church and Spain, Philip II has assembled a vast armada. With a combination of historical detail and storytelling, this is the epic story of its fate and England's.
View More...